Zoho Analytics is a cloud-based reporting and analysis solution aimed at business users which is also available for on-premises deployments. Ease of use is a key selling point of the product, which employs an intuitive drag-and-drop interface.

Zoho Corporation began life in 1996 as a software company called Adventnet, Inc., which focused on building network management products. The company was renamed in 2009 and now operates three distinct divisions including Zoho, which is focused on developing and selling a suite of business applications. Zoho Corporation has never accepted venture capital investment, remains privately held and is led by co-founder and CEO Sridhar Vembu.

Across its suite of over 45 business applications – which includes solutions for CRM, project management, bookkeeping, human resource management, analytics, marketing and support – Zoho claims to have 50 million users worldwide, representing a 100 percent increase within the last 2 years. Zoho Analytics is the BI component of the Zoho business suite, and was first released in 2009.

Whereas most BI players started out with an on-premises (installable) product and then moved into the cloud, Zoho Analytics was cloud-only until November 2018 when the on-premises version for mid market enterprises was launched. It can be installed behind firewalls locally, or can be deployed on cloud platforms such as AWS, Google Cloud and Microsoft Azure.

Zoho Analytics is delivered as a multi-tenant public cloud application or an on-premises deployment/ private cloud. Zoho partners with industry giant Equinix on its redundant data center operations, with its principal locations based in the United States, Europe, India and China.

Zoho Analytics is a self-service BI and analytics solution that targets business users with its drag-and-drop user interface. It is mostly used for standard/enterprise reporting and dashboard creation, as reported by 91 percent of respondents. Three years ago, only 63 percent were using Zoho for dashboards. In the meantime, Zoho has invested in its dashboarding capabilities so this level of growth is very encouraging. 66 percent of the Zoho users surveyed perform ad hoc queries using the product. In line with the current market trend, 56 percent of users also plan to use Zoho for advanced analytics in the future. 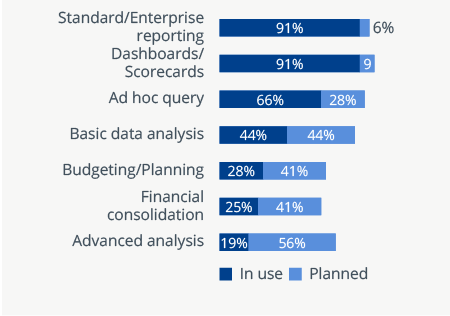 5 products most often evaluated in competition with Zoho Analytics 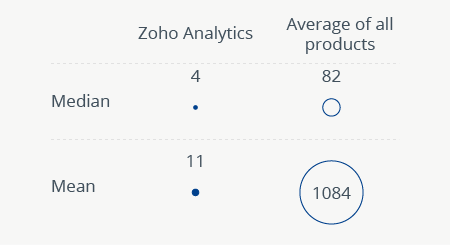 Tasks carried out with Zoho Analytics by business users 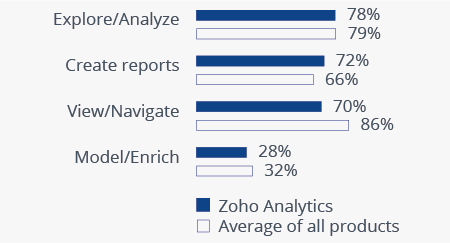 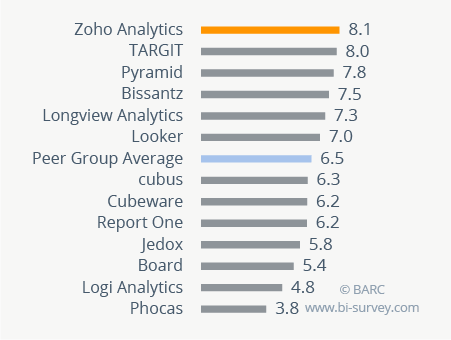 Ease of use – Top-ranked 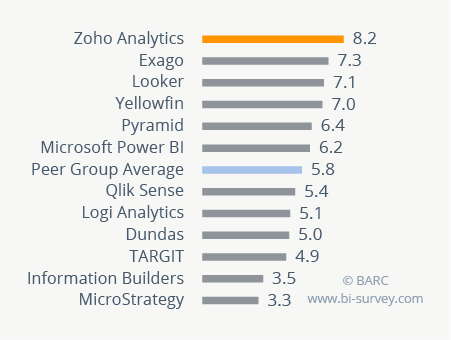 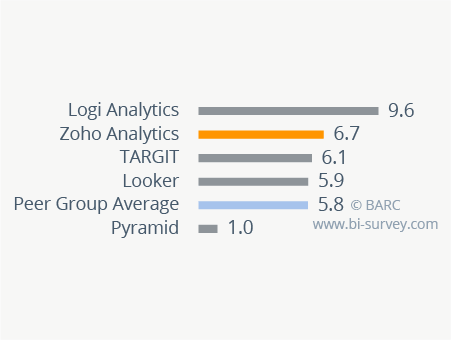 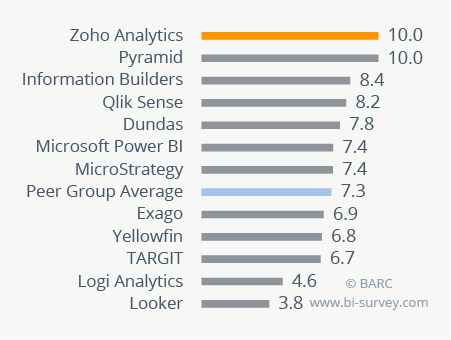 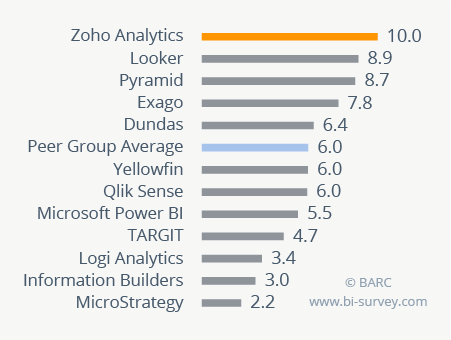 Go here to get a free trial version of Zoho Analytics:

Zoho is good for those who want to save time, because when you link your data with Zoho it provides you with quick results.

Person responsible/Project manager for BI/analytics from IT department, education, less than 100 employees

Fast to integrate with other solutions and a really good mobile app.

Support is top-notch. Ability to utilize T-SQL in its native format to pull data. Easy integration.

Employee of a cross-departmental BI/analytics team, IT, less than 100 employees

Employee of a cross-departmental BI/analytics team, IT, less than 100 employees

Person responsible/Project manager for BI/analytics from IT department, education, less than 100 employees