TARGIT is a privately-owned software provider founded in 1986 with its headquarters in Aalborg, Denmark. The company employs more than 85 people and has over 10,000 customers, most of whom are located in Europe and North America, while one-third are distributed across the rest of the world. In 2017, TARGIT sold 100 percent of its shares to Gro Capital, reorganized the company and began to renew its positioning.

TARGIT launched its flagship TARGIT Decision Suite product in 1996. TARGIT Decision Suite was originally built for the Microsoft SQL Server platform and has achieved significant penetration with Microsoft Dynamics customers in general, but also broadly within the retail, heavy machinery and food manufacturing industries. Although the vendor has opened its architecture to other platforms, TARGIT still offers solution accelerators for Microsoft Dynamics systems, which makes the platform interesting for Microsoft-centric customers.

2017 was a tipping point for TARGIT. The company was sold to an investor and received an organizational restructuring as well as a new CEO. Since then, the company has begun to invest heavily in broadening its connectivity and moving away from its dependency on Microsoft SQL Server as the underlying platform. At the same time, the vendor is performing a balancing act, bringing innovation into its product and keeping up with the market and its changing requirements.

With its repositioning, TARGIT has not changed the core focus of the product, which is designed to enable data-driven decision-making throughout the organization. With its broad capabilities for formatted reporting, dashboards, ad hoc queries and analysis, as well as data discovery, TARGIT Decision Suite is particularly suitable for use as a central BI platform in mid-sized companies.
TARGIT Decision Suite offers self-service analysis, ad hoc reporting and dashboards to users and analysts alike. Full-featured integration and dashboard development takes place on the desktop client while consumers can interact with BI content through browsers and mobile devices.

In recent years, the vendor has also begun to focus on supporting and meeting the requirements of both IT and business users. Decision Suite has been enhanced with data discovery functions such as data source mashups, and IT now has more advanced user rights and other new administrative features. The company continues to modernize its solution and recently launched improved reporting and dashboarding capabilities.

TARGIT Decision Suite is a business intelligence platform that provides reporting, dashboards, ad hoc query and analysis capabilities. Most customers use the solution for reporting, dashboards and ad hoc query with a slightly greater emphasis on standard/enterprise reporting. At the time of the survey, the majority of respondents were using the latest version (2019), which notably delivered improvements on the previous version in the area of dashboard and report creation. This resulted in increased use of the software for dashboard creation this year (91 percent of customers, compared to 83 percent last year).

TARGIT’s customer base is dominated by mid-sized companies. In this year’s survey, 77 percent of respondents came from companies with 100 to 2,500 employees. Overall, a mean of 112 users per company use TARGIT. The median is somewhat lower at 60. As TARGIT has historically been installed in accounts using Microsoft CRM or ERP systems and the software itself traditionally focused on the Microsoft SQL Server platform, Microsoft Power BI remains one of its biggest competitors. 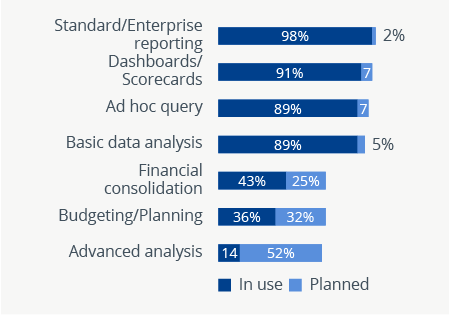 5 products most often evaluated in competition with TARGIT Decision Suite 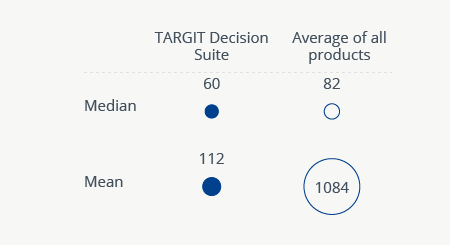 Tasks carried out with TARGIT Decision Suite by business users 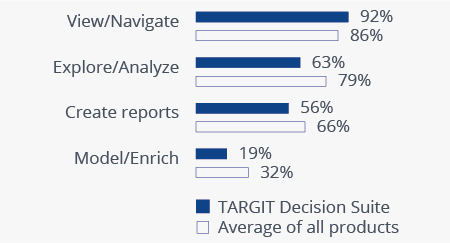 This year’s survey results underline TARGIT’s strength as a solid BI platform that provides good functional breadth ranging from enterprise reporting and dashboards to ad hoc analysis. Customers are especially satisfied with the product’s support for the distribution of reports and dashboard creation. They seem to have used the solution to create interactive web applications, which offer visual assistance to end users performing data analysis. The recently introduced mobile app has also shown strong uptake. Customers report having a good sales experience with TARGIT, citing their relationship with the vendor as an above-average reason for choosing to buy the software. 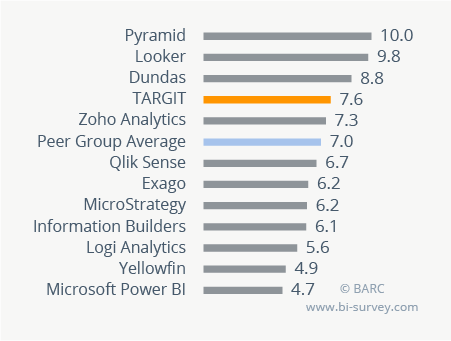 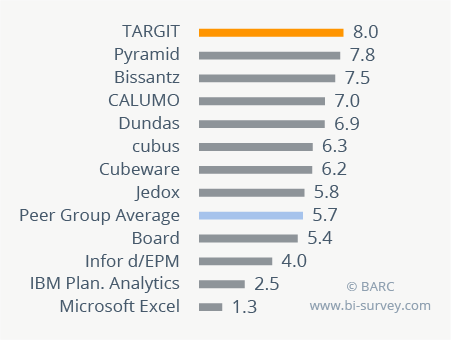 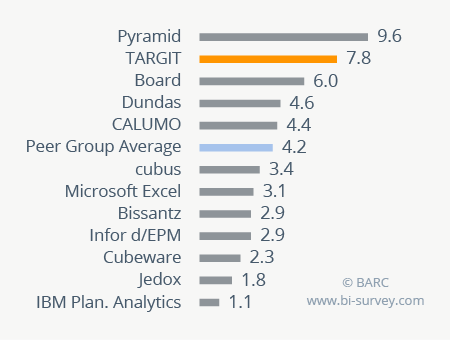 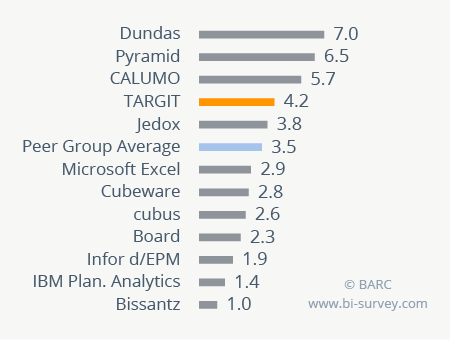 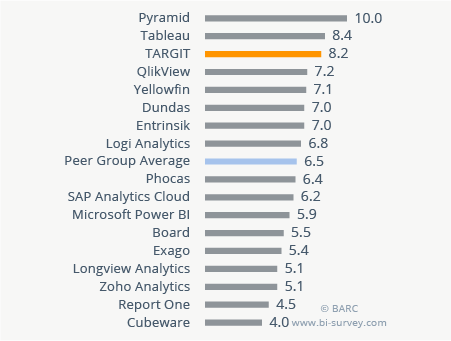 BARC’s Vendor Performance Summary contains an overview of The BI Survey results based on feedback from TARGIT users, accompanied by expert analyst commentary.

Go here to get a free trial version of TARGIT:

It is an easy-to-access BI system where the end user does not need any programming or special computing skills.

It‘s simple, and very easy to maintain and make secure - you have full control of your data, reports and access, in a non-technical tool.

Use the good client relationship that TARGIT have with their customers to get fully use out of the solution.