[The Data Management Survey 22 results, not included in Data Management Survey 23] 2150 Datavault Builder AG is a Swiss service provider specializing in data warehousing and business intelligence. Having identified the need for a solution that optimizes data warehouse creation and maintenance, development on the Datavault Builder product began back in 2012. In 2016, a graphical user interface was added and the company started to promote the product in earnest. In all, five dedicated developers look after the development of Datavault Builder with support from its partner Ventum Consulting, which employs 130 people. Additional partners implement the software on the customer side.

Datavault Builder is a fourth-generation end-to-end data warehouse automation platform that covers all aspects and phases of a data warehouse, including design and development, lifecycle management and operations. It aims to simplify, speed up and automate data warehouse building by the use of predefined templates. At the same time, the product ensures transparency through auditing and historization including features such as data lineage. In addition, the system creates a documentation of the resulting data warehouse.

The vendor has worked extensively on systems adaptability in the customer infrastructure. Datavault Builder is based on Docker containers and can be deployed on platforms of the customer’s choosing. In addition, customers can check the code into a version control system such as SVN or GIT, which can then be compared visually using the tool. Moreover, the software can use external scheduling tools such as UC4 or BMC Control-M. Datavault Builder also relies on market standards for connectivity. It connects to a number of native-supported sources, JDBC-capable databases and different file formats as well as REST APIs. The following databases function as target environments: Postgres, Microsoft SQL Server, Oracle Database, Exasol and Snowflake.

The tool itself consists of a server and a web-based interface for the creation of data models. Instead of using its own metadata repository, 2150 Datavault Builder AG decided to integrate the generated logic directly into the target database. That means that Datavault Builder only acts as a modeling environment – code is executed in the target.

The tool has a clear focus on data warehousing and this is also shown in the numbers: 100 percent are using Datavault Builder for ‘Data Warehousing/BI’, 87 percent for ‘Data Warehouse Automation’ and 83 percent for ‘Data Integration’. Interestingly, 73 percent also confirm that the tool is used for ‘Data Preparation by Business Users’. This is very surprising given that data modeling and data preparation are usually rather technical tasks. However, if we consider the mean number of 7 users per company, we can assume that there are a few technical experts with skills in SQL and Datavault modeling among them. The tool is mainly used in small and medium businesses. However, 20 percent of the companies using the product have more than 2,500 employees.

With this in mind, we can say that a mean of 4 administrators is very low as it is also meant to include developers. It indicates very efficient handling of data model and ETL process development, maintenance and operations. 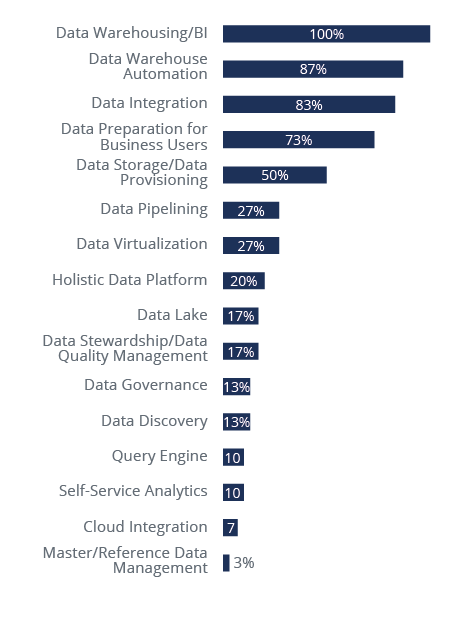 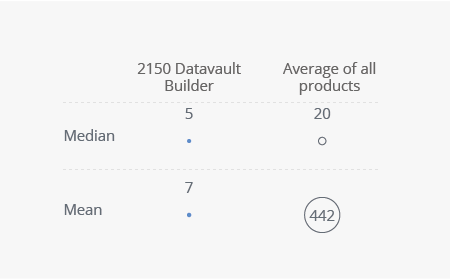 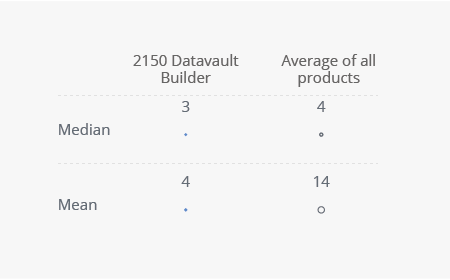 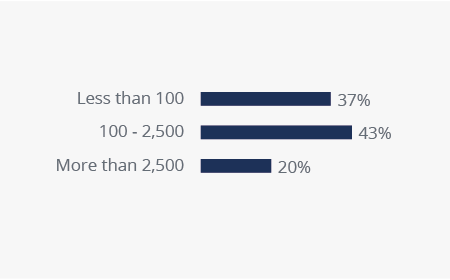 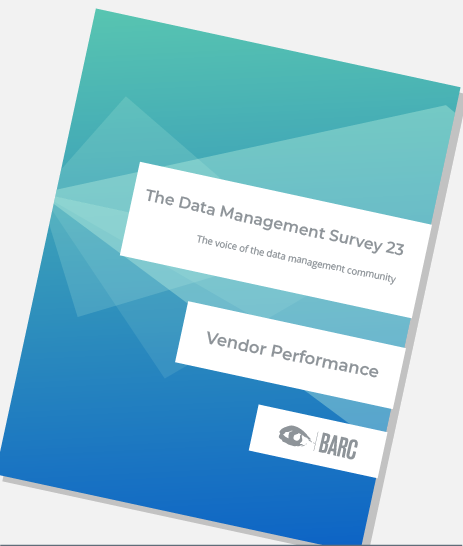