Twice as Many Hadoop Installations in North America as in Europe

In a previous post we looked at current levels of Hadoop usage. This chart of the week dives a bit deeper into the data and examines differences between regions and company sizes.

Clear jump in Hadoop usage throughout Germany, Austria and Switzerland

Germany, Austria and Switzerland, also known as the DACH region, recorded a clear jump in usage (4 percent to 8 percent) in comparison to last year. The number of Hadoop prospects (i.e. those that have Hadoop initiatives or are planning pilot projects) remained steady at 26 percent. However, the percentage of respondents who cannot imagine using Hadoop rose from 21 percent to 33 percent.

Widespread Hadoop use in North America

The proportion of Hadoop installations in production is nearly twice as high in North America (17 percent) as in Europe (9 percent). The North American market has a reputation for early adoption and higher maturity rates in using information technology so this is not altogether surprising. However, when it comes to planned adoption of Hadoop, a similar proportion of North American and European companies have initiatives in the pipeline. 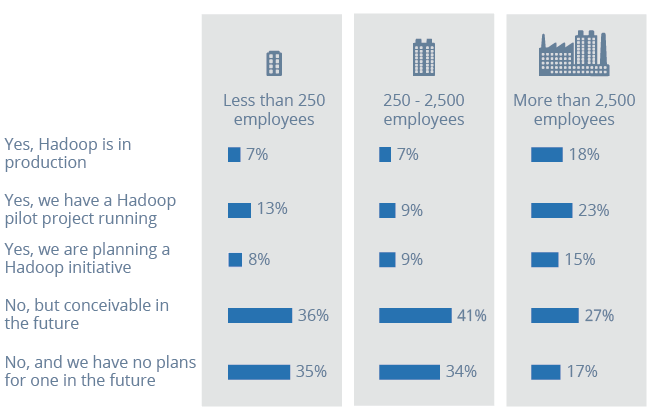 Survey findings also show that not only large companies and those with large data volumes see the relevance of using Hadoop as part of a big data strategy. This is reflected in the distribution of our survey participants. The spread covers large (41 percent), small (20 percent) and midsize companies (16 percent). 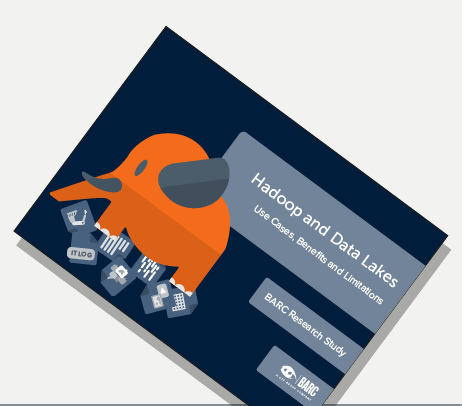 Use Cases, Benefits and Limitations