Oracle BI is a platform with modules for developing and deploying dashboards, formatted reporting, ad hoc reporting and analysis. The vendor continues to deliver expanded capabilities such as more advanced visualizations and self-service in its data visualization module. Oracle BI is provided on-premises and as Oracle Analytics Cloud (OAC) in the cloud.

The origins of Oracle date back to 1977 when the company Software Development Laboratories (SDL) was founded in the United States. SDL later changed its name to Oracle. The company’s strategic focus was on developing the relational database management system (RDBMS) called Oracle.
Today, Oracle is a global provider of enterprise cloud computing, offering software as a service, platform as a service, infrastructure as a service and data as a service capabilities. With over 400,000 customers and deployments, Oracle has a comprehensive stack of cloud applications, platform services and engineered systems. In the BI area, Oracle offers various products on-premises and as cloud versions. Its on-premises offerings include Oracle BI and Oracle Hyperion Enterprise Performance Management, while Oracle BI’s cloud-based equivalent is known as Oracle Analytics Cloud (OAC).

Oracle BI 12 was first released towards the end of 2015. Customers seem to be quite slow to adopt the latest version of the suite: only around half of this year’s respondents (56 percent) were running version 12 when they completed the survey. Version 12 includes a new Data Visualization component along with an updated user interface and enhancements to improve ease of use. However, the core functionality and strength of the suite has not changed. Its broad feature set is reflected in our data: Oracle BI supports various usage scenarios such as enterprise reporting, ad hoc query, dashboards and analysis. The suite is capable of serving large usage scenarios, but the user numbers and company size figures show it is also well used by mid-sized companies and in mid-sized usage scenarios.

The list of most frequent competitors reveals a long-time weakness in the Oracle BI suite: data discovery. Oracle has now closed this gap with its Data Visualization module and customers have started to evaluate it against popular data discovery products such as Power BI, Qlik and Tableau. 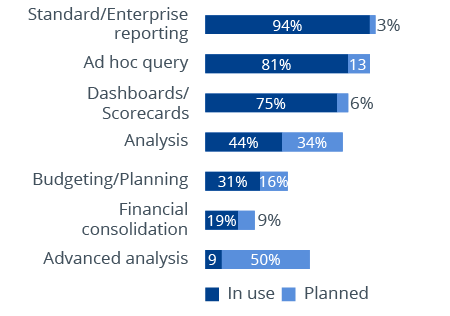 5 products most often evaluated in competition with Oracle Analytics Server 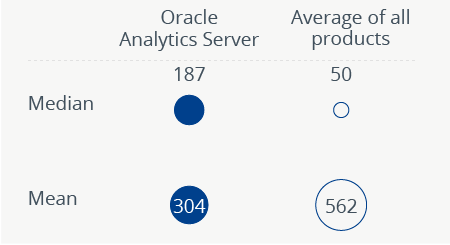 Tasks carried out with Oracle Analytics Server by business users 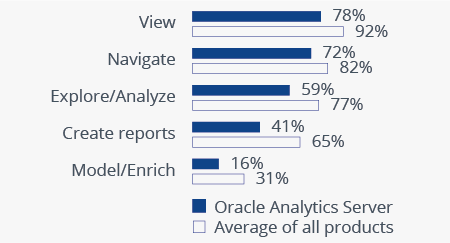 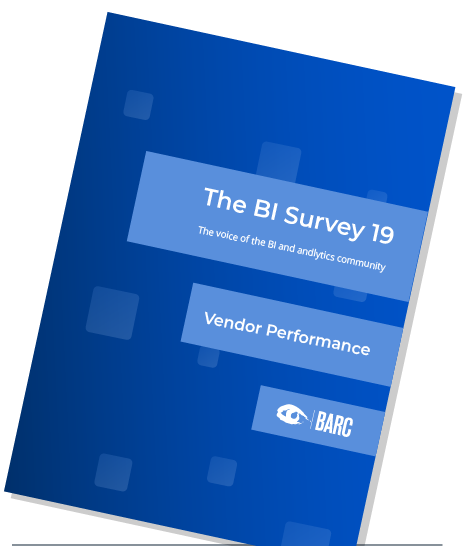