Microsoft, the world’s largest software company, was founded in 1975 and has become a household name primarily due to its Windows operating system and Office suite. Over the years Microsoft has added components to its analytics offering. For solving advanced analytics tasks, Microsoft offers two main approaches: the strategic cloud-based approach is Microsoft Azure ML, and the approach for on-premise scenarios is based on the R Server family.

Azure ML is based on the Machine Learning Studio integrated development environment, where users can build data models using drag-and-drop gestures and simple data flow diagrams. Azure Machine Learning Studio is a framework for data analytics in the Azure cloud. Microsoft Azure is a cloud computing platform and infrastructure, created by Microsoft, for building, deploying and managing applications and services through a global network of data centers managed and hosted by Microsoft, although in some cases data centers are hosted by Microsoft partners (e.g. in Germany).

Azure Machine Learning Studio is also included in the Cortana Intelligence Suite, which is a fully managed big data and advanced analytics offering. For operationalization, Azure Machine Learning Studio supports direct integration with Excel, Power BI and other applications through a REST API. In addition, Microsoft offers Azure Notebooks, a Jupyter Notebooks integration for development in R or Python. The cloud-based Cortana Intelligence Gallery can be used to download and share advanced analytics models, solutions, videos and information.

In 2015, Microsoft acquired Revolution Analytics, a software company that developed products to enhance R computation, and especially to exploit the environment where the analyzed data is stored (e.g. Hadoop, Teradata, Spark and other databases). Microsoft continues to develop the Revolution Analytics technology under the Microsoft R Server and R Services for SQL Server names, for example by adding the R computation engine to SQL Server, Microsoft’s relational database. Besides the Azure ML and R Server products, Microsoft has made the Microsoft Cognitive Toolkit (formerly known as CNTK) and Microsoft ML Library for Apache Spark available as open source.

In July 2015 Microsoft launched a new generation of its Power BI product line, which was initially introduced in 2013 as a different tool set. Today it is a cloud-based BI product consisting of Microsoft Power BI Desktop (a full client for ad hoc reporting, dashboards and analysis) and Power BI Service (a web client for content publishing and sharing). Power BI is marketed as an interactive tool for data visualization geared at enabling business users to analyze data and share insights predominantly via dashboards.

Azure is currently used in rather small installments, the median size is 13 users, and the number of advanced analytics users is with 7 only a fraction compared to the average over all products which is 42. This can be explained with an often early stage of adoption of Microsofts cloud offerings which we see on customer side. Companies implement first analytical scenarios while learning the different new components of Microsofts cloud-based offering. Overall 66% of the Azure users are advanced analytics users. Azure is, similar to typical Microsoft customers, also mostly used in medium sized companies. 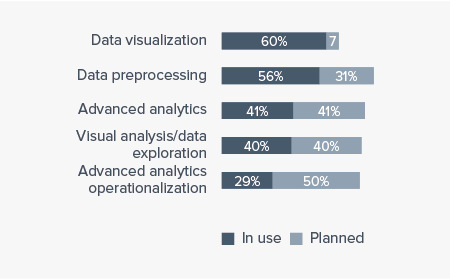 5 products most often evaluated in competition with Microsoft Azure 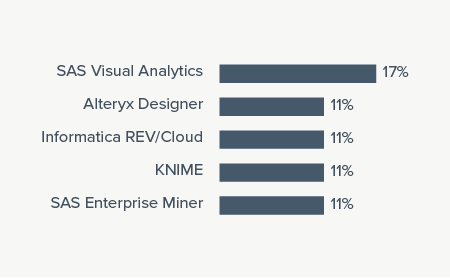 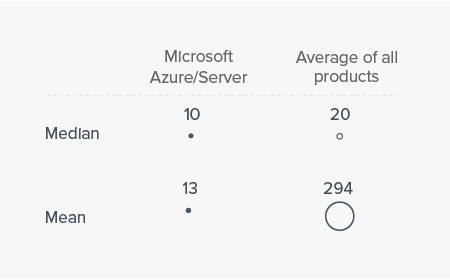 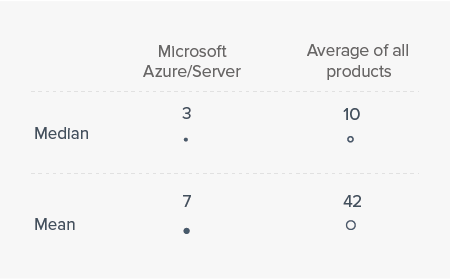 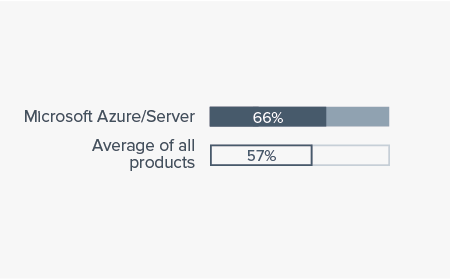 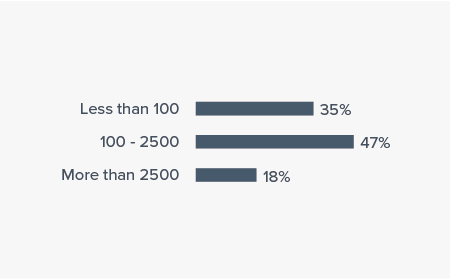