Founded in 1997 and based in Kolbermoor, Germany, Cubeware has more than 100 employees in five German offices as well as subsidiaries in the DACH region; San Jose, USA; and Bangalore, India (additional off-shore development). In 2008, Cubeware was acquired by Cranes, a vendor based in India. Primrose Investments GmbH now owns Cubeware, having acquired it from Cranes Group in 2016.

Cubeware’s analytics platform CSP was first released in 2014. Its main components are the analytics front ends Cockpit, Mobile and Snack; the product’s application server; and Importer, an ETL tool for data management and modeling. All products are developed by Cubeware itself and are primarily sold directly in the DACH region, as well as through partner channels and various OEM versions. Cubeware products are used by more than 4,000 customers worldwide of whom about half are from German-speaking countries. CSP is an integrated platform for data management, modeling, distribution (of reports), analysis and planning based on multidimensional databases (e.g., Microsoft SQL Server Analysis Services, IBM TM1, Infor d/EPM OLAP Server, Oracle Essbase, SAP BW). Cockpit, an integrated product for dashboards, ad hoc reporting, analysis and planning, is the main front end. In August 2019, Cubeware released the new product generation of its Cockpit product, called Cockpit 10. Cockpit 10 is a web-based client, developed as a cloud-ready application. Importer handles data integration tasks, connecting to various data sources so data can be modeled multidimensionally.

CSP is aimed at usage scenarios in business departments without any industry-specific focus. Cockpit, a visual environment for building and displaying screen-based reports, analyses and dashboards, offers good layout, graphic and interactive capabilities. In terms of planning, Cubeware positions itself as a vendor of operational planning and detailed budget planning solutions. Since 2016, a fine-tuned combination of CSP and IBM TM1 (known as CW1 database powered by IBM) has been available, combining Cubeware’s products with IBM’s in-memory technology and Excel integration. Cubeware also extends the financial planning solutions of partners such as IDL and Denzhorn with analytics and data management functionality. For advanced analytics, Cubeware has integrated IBM’s advanced analytics and data science platform IBM SPSS Modeler Professional in CSP (known as Cubeware Advance). Cubeware Advance uses Importer for data preparation and leverages the broad capabilities of the data science platform and presentation of results in Cockpit. In Cockpit, users can parameterize and execute advanced and predictive analyses according to their user rights.

Besides planning, customers mainly use Cubeware for standard/enterprise reporting (93 percent), ad hoc query and reporting (85 percent), basic data analysis (85 percent) and dashboards/scorecards (63 percent). 46 percent of respondents plan to use it for advanced analysis in the future. Cubeware targets mid-sized and large companies across all industries. 55 percent of our sample of Cubeware customers came from mid-sized companies (100-2,500 employees) with a median of 50 users (including 10 using planning functionality), but the mean of 148 users (37 for planning) indicates there are also several larger implementations. Only 35 percent of Cubeware users are planning users – significantly below the survey average of 65 percent – reflecting the fact that Cubeware is a BI and analytics tool rather than one that focuses solely on planning and budgeting.

Current vs. planned use (besides planning) 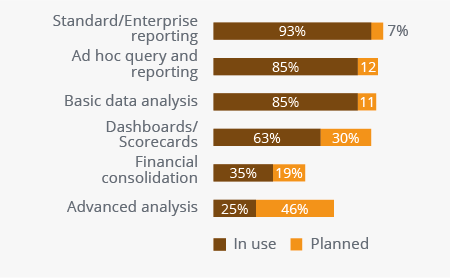 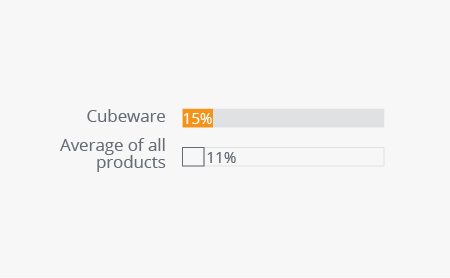 Planning users (as a percentage of all users) 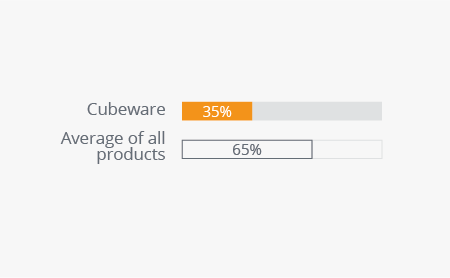 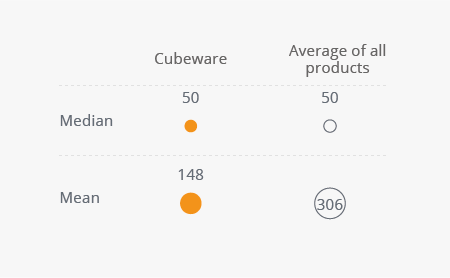 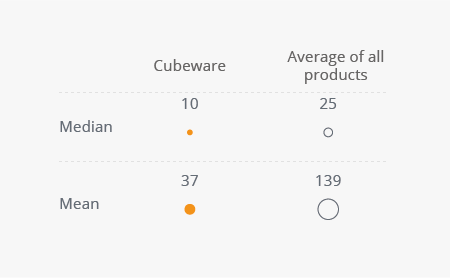 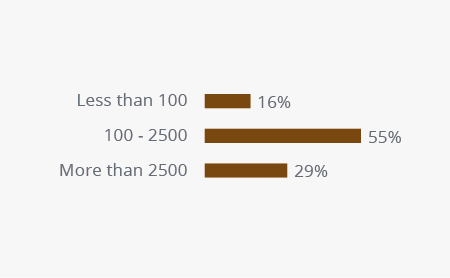 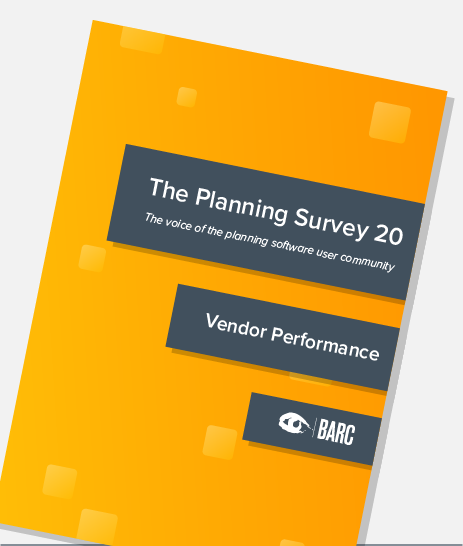